History of the museum

The Vaasa Car and Engine Museum is owned by the veteran car association Vaasan Veteraaniautoseura ry. The museum has been restored and is nowadays mainly run by voluntaries. The past few years the number of visitors has increased to record-breaking levels.

The Vaasa Car and Engine Museum opened its doors in 1981. At the museum you will find engines and cars dating from as far back as the early 20th century up to modern times. At the museum the history of traffic and vehicles is illustrated by means of restored cars and other vehicles. An example worth mentioning is the horse-drawn ambulance from 1909. There are also several fire engines and other firefighting equipment on display. The museum’s large collection of bicycles provides an excellent opportunity to get to know the development of the bike. The museum collections also include soapbox cars, snowmobiles, motorcycles and mopeds.

German masterpieces over the decades! On the first floor of the Vaasa Car Museum, you can get to know German cars, from classics to special models – among them you will find sporty and prestigious Porsches, as well as, of course, several different Volkswagens. Welcome to a spectacular time travel with the German car industry!

FIRST FLOOR
The first floor exhibition features sports cars as well as historic square cars. The gems of the exhibition presenting sports cars are e.g. the rare Lancia Fulvia Zagato, the Volvo 1800s, also known as the Saint Volvo, and the Triumph Spitfire. The exhibition also features track and race cars; Formula cars, Legends, BMW 2002 and Volvo Amazon take you on a time travel to the motorsport events of former times.

SECOND FLOOR
Vintage Heaven on the second floor presents recent history from another point of view than that of vehicles. In true Custom Culture spirit, the second floor offers a comprehensive exhibition of bicycles, motorbikes, model aircrafts, TVs and radios. You can also learn the history of the Vaasa engine factories and pay a visit to the old shop! 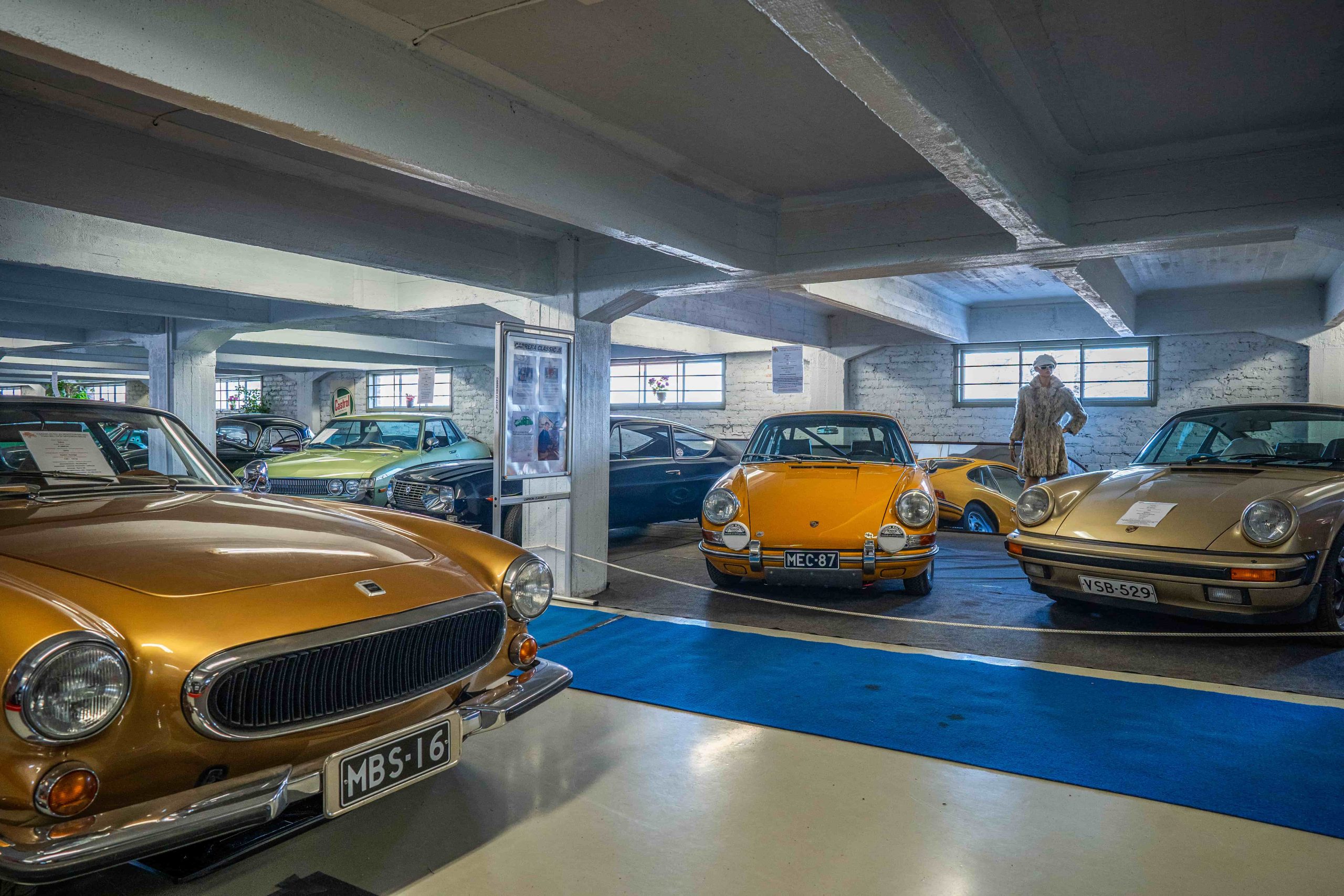 (children under 12 years have free entrance)